Today’s legal actions by Attorney General Dana Nessel present a dramatic turning point in the fight to save the Great Lakes from an Enbridge pipeline rupture. 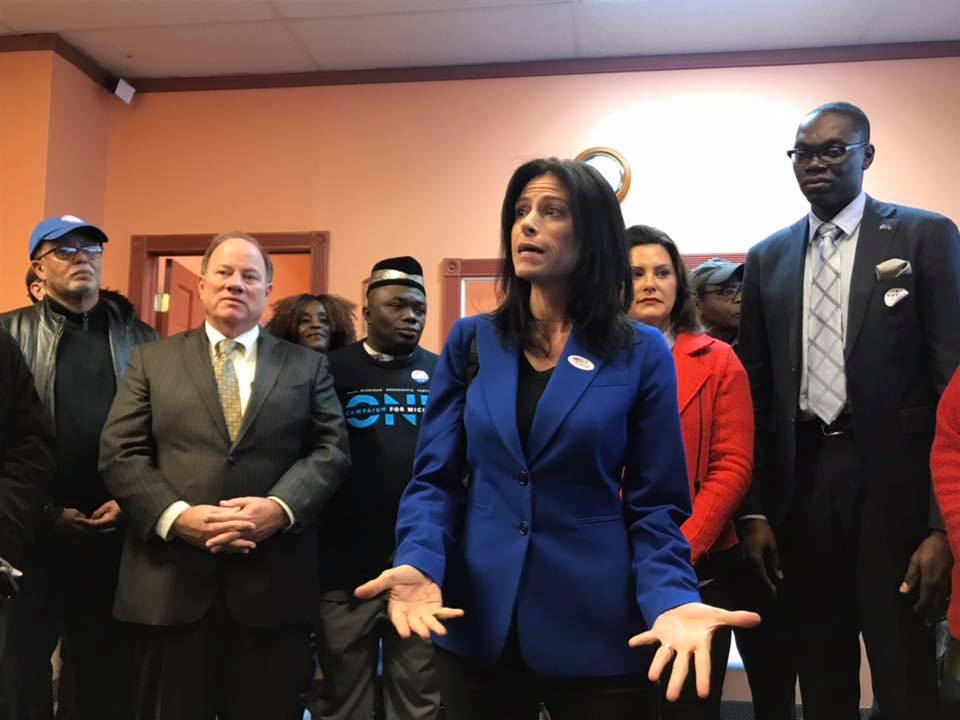 The Attorney General’s strong and necessary stand vigorously defends Michigan’s Constitution, our environmental laws and is aimed at protecting the Great Lakes. Gov. Whitmer's directive to the Department of Natural Resources to examine Enbridge's compliance with the state's 1953 easement agreement for Line 5 will confirm what is already on the public record: a pattern and practice of easement violations by Enbridge.

The attorney general’s March legal opinion clearly established that the legislation passed in lame duck last year was unconstitutional and her actions today seeking a court-ordered end to Enbridge's Line 5 operations in the Straits of Mackinac have the strong support of Michigan’s environmental community, civic groups and Michigan’s tribes with Treaty Rights in the Straits of Mackinac.

Michigan’s previous governor and attorney general spent years studying the Line 5 problem while Enbridge continued operating this dangerous pipeline. The time for stall tactics benefiting Enbridge and putting our drinking water, fishing, recreation, and the economy at risk may finally be over with today’s announcement by Attorney General Nessel.

We cannot count on Enbridge to protect the Great Lakes. After 33 oil spills along its 645-mile route from Superior, WI, through Michigan, false claims about its condition and an overall track record in Michigan that includes $177 million in civil penalties, $1.3 billion in damages and more than 2.3 million gallons of spilled oil, Enbridge can’t be trusted.

The Enbridge-Snyder backroom deal—any oil tunnel deal—would leave Line 5 as an unacceptable threat to the Great Lakes and 400 other Michigan waterways that these 66-year-old oil pipelines cross along its 645-mile route.

Line 5 is wrong for the Great Lakes, wrong for Michigan, wrong for the rule of law and wrong for future generations who must deal with the impact of dirty fuels on an overheating climate. - Sean McBrearty, Coordinator of Oil & Water Don't Mix

Enbridge must follow our laws but we have seen that this giant Canadian oil transport corporation doesn’t care about our laws or about putting protection of the Great Lakes above corporate profits.

In 2010 Michigan’s trust in Enbridge had disastrous consequences when Enbridge’s Line 6B spilled 1.1 million gallons of oil near Marshall. Despite causing one of the largest oil spill disasters in U.S. history, Enbridge was then granted permission to rebuild and double its oil pipeline capacity in Line 6B.

Enbridge lied about Line 5 safety when it knew that since 2003 numerous bottom support anchors were missing but failed to disclose it until 2017, nine months after a report documented that pipeline spans of up to 286 feet had no anchor support.

In 2017 Enbridge claimed that missing protective coatings along the Straits pipeline were a mere “hypothetical” possibility, while at the same time a video in their possession showed areas of missing coatings.

Enbridge’s claims about Line 5 pipeline safety were put to the test when an anchor was deployed in the Mackinac Straits in April 2018 denting Line 5. Enbridge’s technology failed that test when despite the damage to Line 5 no warnings were triggered and it was three weeks before underwater vehicles could safely navigate the turbulent Straits to put eyes on the damage.

Today we stand with Attorney General Nessel in her actions and will continue to vigorously support decommissioning Line 5 and the rule of law that protects the Great Lakes and all Michiganders.