Despite reports in the media that a tunnel under the Straits of Mackinac for Enbridge Line 5 is a done deal - IT IS NOT! The backroom deal struck between former Gov. Snyder and Enbridge is full if troubling issues. There are several things that would need to happen, and unless our governer acts, this bad idea could become a reality. 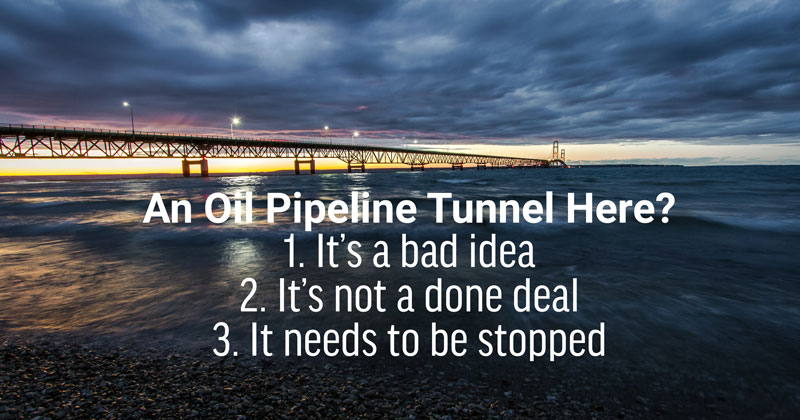