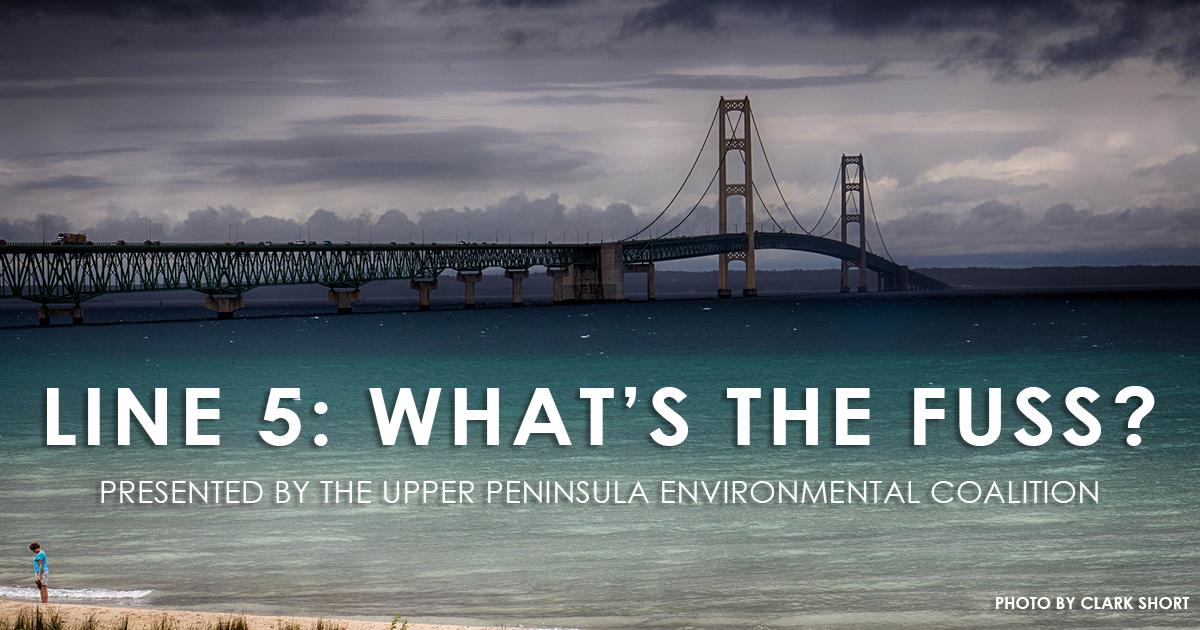 Join the Upper Peninsula Environmental Coalition for an expert discussion on the controversy over re-permitting Enbridge’s Line 5 oil pipeline, which passes through the Upper Peninsula and crosses the Straits of Mackinac within a tunnel laid along the lakebed. We'll hear from Jeff Towner, U.S. Army Corps of Engineers retired wildlife biologist, and Mike Ripley of the Chippewa Ottawa Resource Authority.

Towner, who has extensive experience with the U.S. Army Corps of Engineers and U.S. Fish & Wildlife Service throughout the U.S., as well as in wildlife work in Africa, will explain the regulatory path Enbridge has to go through for the Line 5 tunnel approval.

Mike Ripley is an Environmental Coordinator for the Chippewa Ottawa Resource Authority (CORA), a position he’s held since 1996. CORA represents five tribes in Michigan with regard to the tribes’ commercial and subsistence fisheries in the 1836 treaty-ceded waters of Lakes Huron, Michigan and Superior. Ripley will discuss tribal efforts to shut down Line 5 because of the dangers a spill would pose to their fisheries, which they operate under rights afforded them by the Treaty of 1836.

You can watch this discussion live on UPEC's Facebook page, on their YouTube channel, or join via Zoom by emailing [email protected].