US Bank Drops Funding for Enbridge 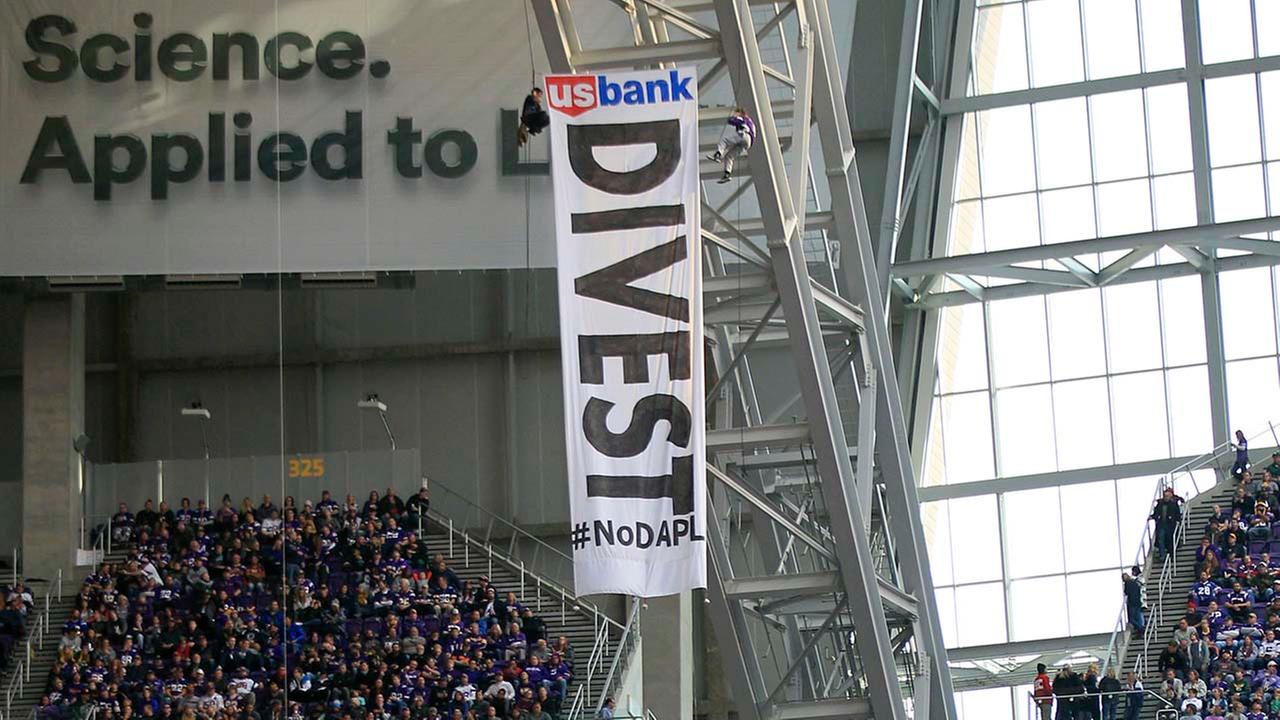 As recently as August 2016, U.S. Bank had been a part of extending a multi-bank $1.3 billion line of credit to Enbridge that was not set to expire until late 2019. Last spring, U.S. Bank updated its Environmental Policy to end project-level pipeline construction financing.

This move comes at a critical point in the Minnesota Line 3 determination process. Community members and the Department of Commerce assert that Enbridge has failed to prove the need for the proposed pipeline and that the project represents a social and environmental risk. On Thursday, Oct 26th, the Minnesota Public Utilities Commission unanimously ruled Enbridge must publicly disclose projections for potential oil spills on its proposed new pipeline.

The change at U.S. Bank comes as banks around the world are backing away from funding fossil fuels. An indigenous-led global divestment movement that grew out of resistance to the Dakota Access Pipeline has targeted bank branches and met with banking leadership across the world -- pulling over $5 billion out of banks who refuse to stop funding fossil fuels. Two weeks ago, Parisien bank BNP Paribas announced it will end business relationships with companies engaged in tar sands extraction, fracking, or Arctic drilling. According to SEC filings, BNP held $1.24 billion in corporate lending to Enbridge. Others such as DNB, ING, and the Norwegian Oil Fund have also divested or are assessing their relationship to controversial pipelines like Dakota Access.

“Regardless of their reasons, U.S. Bank is right to move away from the Line 3 tar sands pipeline that threatens our climate, our water, and indigenous treaty rights,” said Robert Pilot, an enrolled Ho-Chunk tribal member and a Board member of MN350, a Minnesota non-profit that has publicly called on U.S. Bank to stop financing the Line 3 pipeline. “It is my hope that other banks follow suit and adapt their policies to better reflect this goal.”

“Banks depend on customers to operate. It's our money they're choosing to invest in dirty oil and climate change,” said Tara Houska, National Campaigns Director of Honor the Earth. “What we’re asking is simple -- invest in our futures, stop funding destruction. Indigenous peoples and allies will continue focusing on the banking industry to lead the way toward a just transition to green energy. These projects don't make sense for our planet or for our economy. Minnesota’s Department of Commerce recognizes we don't need Line 3, and neither do Minnesota’s watersheds, wild rice beds, or pristine wetlands.”

“It’s become clear that the numbers behind dirty energy don’t add up, and this represents a striking signal to financial institutions everywhere,” says Sarah Harper, one of 13 Youth Climate Intervenors officially participating as stakeholders in the Line 3 legal case. “Financial institutions should stop financing practices that harm the health of our communities and our future by directly contributing to climate chaos.”