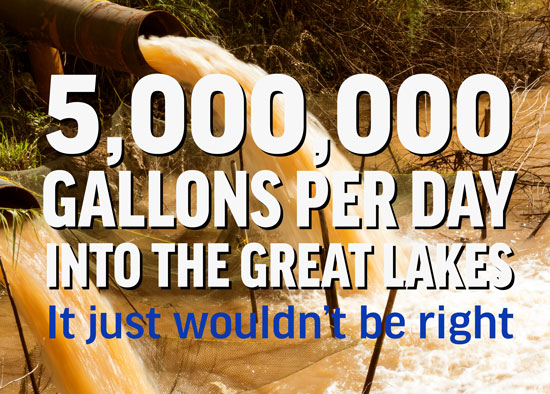 Enbridge wants the federal government to rubber-stamp a Clean Water Act permit that would allow the Canadian company to dump up to 5 million gallons of wastewater a day into the Great Lakes during tunnel construction.

They believe we should ignore the danger of oil pipelines and a dangerously flawed plan to build an underground tunnel in the Straits of Mackinac.

Send this comment as written or even better, customize it with your own thoughts before sending it.

Allowing Enbridge to massively pollute Lake Michigan with 5M gallons of drilling wastewater every day for years shouldn’t be allowed.

NOTE: Despite Gov. Whitmer's order and a lawsuit to decommission Line 5, this tunnel permit process is still moving forward. This is a dangerous tunnel that needs to be stopped - submit your comment now!