Wisconsin’s Republican leadership has enacted a measure that would allow the accident-prone Canadian energy company Enbridge to bury oil pipelines on property anywhere in the state it desires. The property owner’s approval is not required. 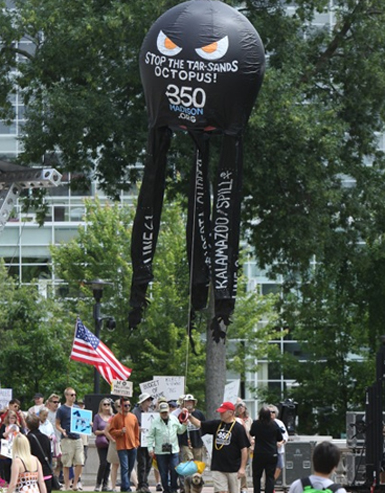 The measure was among 67 proposals in the Joint Finance Committee’s wrap-up motion (known as the 999 motion) to the 2015–17 biennial budget approval process. Many of the proposals were both controversial and unrelated to the budget, reflecting a strategy used by both parties for circumventing public attention and debate on hot-button issues.

The 999 proposals were harshest on environmental issues, according to Wisconsin conservation groups. The Wisconsin League of Conservation Voters described the budget as a whole as “a grab bag of anti-conservation policy.”

Among the worst of the new environmental laws, conservationists say, are those that were designed to benefit Enbridge, the world’s largest transporter of tar sands oil. The company has close ties with Wisconsin Republicans.