Are we prepared for an emergency?

A recent letter to the editor asking the question about whether we were prepared for an oil spill in our waterways was posed in the Record-Eagle by Freshwater Future Executive Director Jill Ryan.

The following was published in the Traverse City Record-Eagle on September 20, 2014: 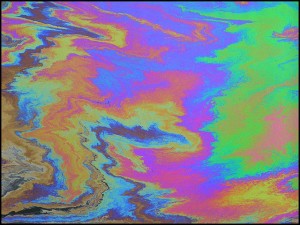 Freshwater Future appreciates the effort of all the parties involved to take very seriously and practice for the potential of this situation and to dedicate 18 month to prepare for the drill and exercise. These are critically important exercises because, as history as shown, pipelines break and spills happen. We can count on that.
However, it is important to recognize that spills in Mullett Lake, Burt Lake, and the Straits of Mackinac will be vastly different from spills in our rivers. Are we prepared to handle a larger-scale emergency if it occurs in open waters?

Last week a U.S. Coast Guard commander announced that they were not equipped or prepared for a “heavy oil” spill on the Great Lakes (Detroit Free Press, Sept. 11, 2014). Even worse, according to Jerome Popiel, the Incident Management and Preparedness Advisor with the Ninth U.S. Coast Guard District, if that oil happens to be in the form of tar sands oil, the technology doesn’t even exist for a clean-up in our Great Lakes (Great Lakes Healing Our Waters Conference, Sept. 10,. 2014)

Until the technology exists to clean up tar sands oil from our precious Great Lakes, we shouldn’t even consider allowing tar sands to be transported through our lakes, either by pipeline or tanker. However, we don’t know for sure that it isn’t being carried now because that information is not available to the public. - Jill Ryan, Executive Director of Freshwater Future

We know that the existing Enbridge pipeline under the Straits of Mackinac is old and potentially not adequately supported. Computer modeling conducted by David J. Schwab, Ph.D., researcher at the University of Michigan, has also shown that if a spill were to occur in the Straits of Mackinac when it is windy, the spill could quickly cover a huge area that could surround Mackinac Island and reach Charlevoix. This doesn’t even consider what would happen in the winter when the lakes are frozen.

A recently formed task force made up of Michigan’s Attorney General and head of the Michigan Department of Environmental Quality are looking at petroleum pipeline safety such as Enbridge’s Line 5 and others that traverse our state. I hope the leadership that inspired this recent simulation will continue on to prepare for a spill in our beloved inland lakes and the Straits of Mackinac.

Until the technology exists to clean up tar sands oil from our precious Great Lakes, we shouldn’t even consider allowing tar sands to be transported through our lakes, either by pipeline or tanker. However, we don’t know for sure that it isn’t being carried now because that information is not available to the public.

Interested citizens can contact the Attorney General’s office and Department of Environmental Quality Director Dan Wyant and tell them we want to know if tar sands are being transported through our Great Lakes and to do what they can to prevent such transport until there are proven methods to deal with the inevitable accidents.

About the author: Jill Ryan is Executive Director of Freshwater Future, a bi-national non-profit organization working to ensure the healthy future of our waters in the Great Lakes region. For more information, go to www.freshwaterfuture.org