The Detroit Free Press reports that the U.S. Senate has granted final passage to a pipeline safety bill that will increase standards for pipelines in and around the Great Lakes. 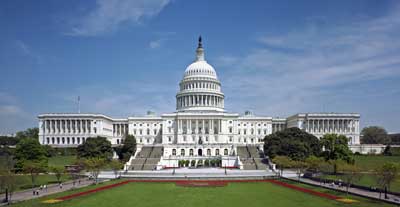 The bill will also require more detailed plans for responding to potential oil spills in areas with heavy ice cover, like those seen in recent winters around Michigan.

U.S. Sen. Gary Peters, D-Mich., and U.S. Rep. Candice Miller, R-Harrison Township, had pressed for additional protections in the law due to concerns with pipelines in the region — particularly Enbridge’s Line 5, which includes a pair of 63-year-old lines moving oil and natural gas across the bottom of the Straits of Mackinac.

“Certain pipelines should be subject to greater scrutiny and more frequent inspections, and Line 5, which runs across the Straits of Mackinac, is a perfect example. If a spill were to occur there, the consequences would be unthinkable." - U.S. Rep Fred Upton, co-chair of the Energy and Commerce Committee

There is no doubt that without the initial National Wildlife Federation report on Line 5, and the efforts of the Oil & Water Don't Mix campaign to escalate this issue by raising awareness, forming a coalition of more than 24 organizations, and garnering the support of thousands of citizens, hundreds of businesses, and the support of our representatives, that this bill to protect the environment from aging pipeline infrastructure would have passed let alone have been introduced.

Read the entire story at The Detroit Free Press