According to data gathered by the US Department of Energy (DOE) from the US Environmental Protection Agency (EPA), new vehicle fuel economy in the US has improved 33% from 1980-2016, despite a 120% increase in horsepower and 47% improvement in acceleration (measured by time to accelerate from 0 to 60 mph). 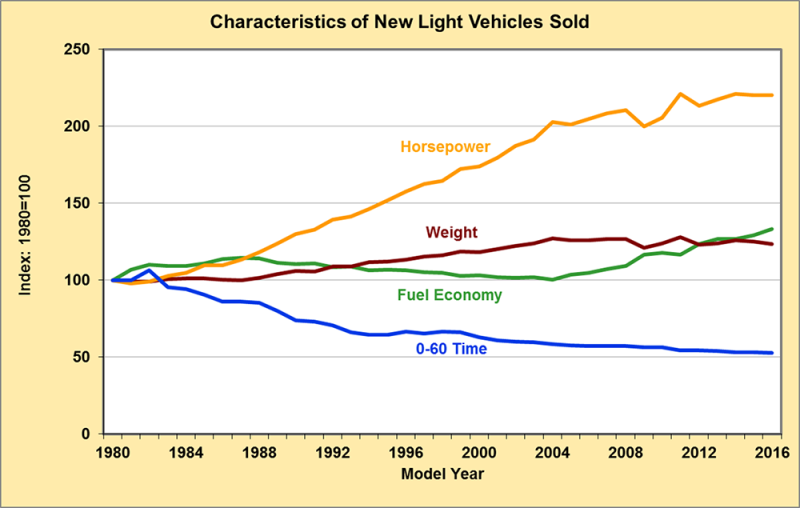 The data are based on sales-weighted averages. In the 1990s and early 2000s, fuel economy decreased while vehicle weight increased, and fuel economy has improved nearly every year since 2004.