The giant Canadian pipeline company that is fighting Michigan citizens who want to end the dangerous flow of oil through the Great Lakes is also funding efforts to block proposed citizen-initiated reforms to legislative redistricting in Michigan, according to campaign finance records with the Michigan Secretary of State.

Enbridge Energy Company, Enbridge’s Houston-based United States subsidiary, is the largest financial contributor to the Michigan Chamber of Commerce PAC II ballot election committee, which pumped $135,000 into Citizens Protecting Michigan’s Constitution. That group on April 25 filed a lawsuit against the Secretary of State and Board of Canvassers to keep the Voters Not Politicians citizens redistricting initiative from the November ballot. 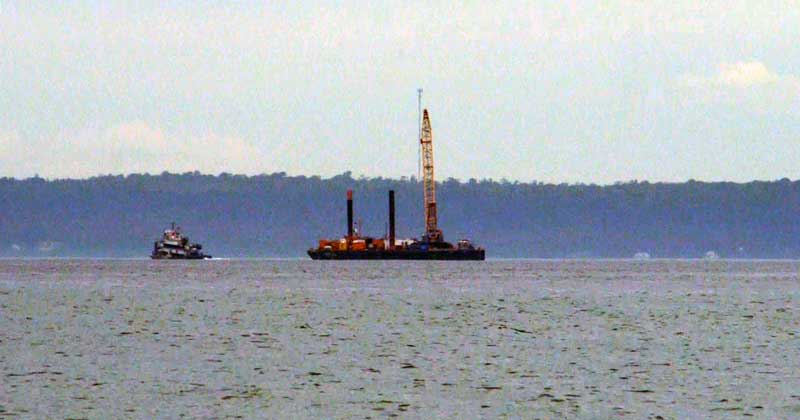 Enbridge’s financial support for the chamber ballot committee totaled more than $125,000, in corporate funds—by far the largest committee contributions reported to date for the 2018 election, according to Michigan Secretary of State records. Within days of Enbridge’s October, 2017 contribution to the chamber’s committee, the chamber began making large financial contributions to Citizens Protecting Michigan’s Constitution, a chamber front group that is suing to block the Voters Not Politicians ballot proposal.

“Whether or not you support any particular Michigan ballot measure, we shouldn’t tolerate the Canadian oil industry meddling in our politics,” said David Holtz, communications coordinator for Oil & Water Don’t Mix. “This is particularly troublesome given Enbridge’s horrific environmental record in Michigan and their failures with Line 5.

“The Michigan Chamber of Commerce should have thought twice before putting Enbridge’s money to work to influence Michigan elections.”

On April 27 the Associated Press reported that the chamber was providing in-kind legal services to the conservative Citizens Protecting Michigan’s Constitution, but Enbridge’s involvement through the chamber’s direct financial support have not been previously disclosed.

“Whether or not you support any particular Michigan ballot measure, we shouldn’t tolerate the Canadian oil industry meddling in our politics.” - David Holtz, communications coordinator for Oil & Water Don’t Mix

The Voters Not Politicians ballot committee filed petitions with 425,000 signatures, more than enough to qualify for the ballot. But Citizens Protecting Michigan’s Constitution, whose largest financial supporter is the Michigan chamber, on April 26 asked the Michigan Court of Appeals to intervene and prevent voters from deciding on the redistricting proposal.

On Oct. 12, 2017 Enbridge Energy Company contributed $125,000 to the chamber ballot committee, listing their Houston, Texas office as their address. Three days later, on Oct. 9, the chamber gave $35,000 to Citizens Protecting Michigan’s Constitution, whose treasurer is chamber vice president James Holcomb. The following February the chamber contributed another $100,000 to the group

The timing of Enbridge’s contributions and involvement in Michigan’s elections came just a few months after the Michigan Chamber of Commerce came off the sidelines in the Line 5 debate, supporting Enbridge and describing Line 5 to the news media last July as being “in very good condition.”

The chamber’s support for Enbridge came at a critical time when consultants hired by the state and funded by Enbridge were presenting new Line 5 studies. The chamber says it also opposes ballot proposals related to Line 5 and a part-time Legislature, neither of which is currently active, as well as marijuana legalization.

After Enbridge, Amway corporation’s Stephen Van Andel’s $50,000 contribution to the chamber ballot committee in April was tops, according to campaign finance reports filed with the Michigan Secretary of State.

The chamber ballot committee was formed in 2007 to, among other things, influence Michigan’s last legislative redistricting process in 2010.