In September 2015, Enbridge stated of their Line 5 pipeline in the Straits of Mackinac that *"recent inspection reports show that Line 5, from an engineering and structural perspective, is like new and in excellent condition."  In a recent report however, Enbridge now reports that there are sections of the on-shore portion of Line 5 of Straits of Mackinac crossing where corrosion features were identified. 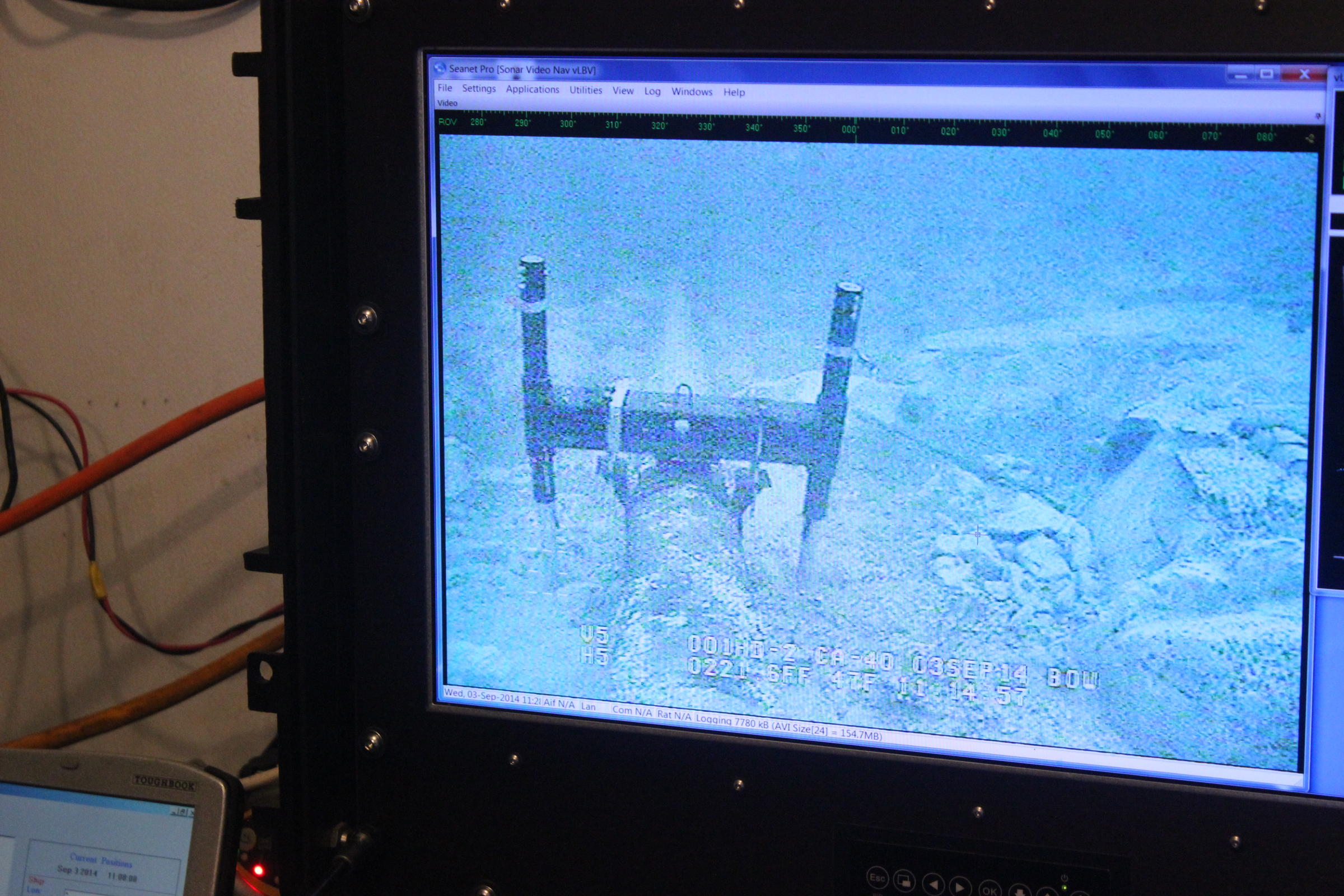 The Enbridge report states, "there were nine metal loss corrosion features identified by the MFL tool on the nearly five-mile East Straits pipeline, all of which were located on the on-shore portion of the pipeline. For these nine features, the average maximum depth was 10 percent of the wall thickness, and the average length was 1.7 inches. The deepest was 26 percent and 7.3 inches long, which makes it the longest feature as well—but still only half as deep as it would need to be to require repairs, as set out by regulatory standards. "

Michigan Radio produced a story on their Stateside program where they report that Enbridge released a short summary of its inspection records from 2013. The summary shows corrosion in nine spots along the easternmost pipeline.

One has to wonder - which is it? Like new? Or corroded and a threat to the Great Lakes? 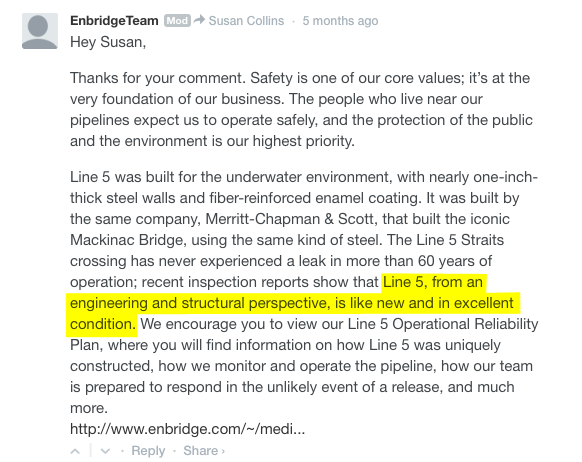