The announcement today by the state Dept. of Natural Resources of Enbridge’s refusal to provide a minimum of $900 million in liability insurance to protect the state’s taxpayers from a catastrophic Line 5 oil pipeline failure in the Great Lakes is jolting.

Enbridge’s refusal to guarantee financial responsibility for a Line 5 failure comes on the week of the 10th anniversary of Enbridge’s Line 6B Kalamazoo River oil spill, caused by the same negligence that Enbridge continues to demonstrate today. Enbridge’s history of spills and misrepresentations requires a much stronger response from the governor on Line 5 than we have seen to date. If this latest development isn’t the last straw for Gov. Whitmer, you have to wonder what it will take for her to finally act. 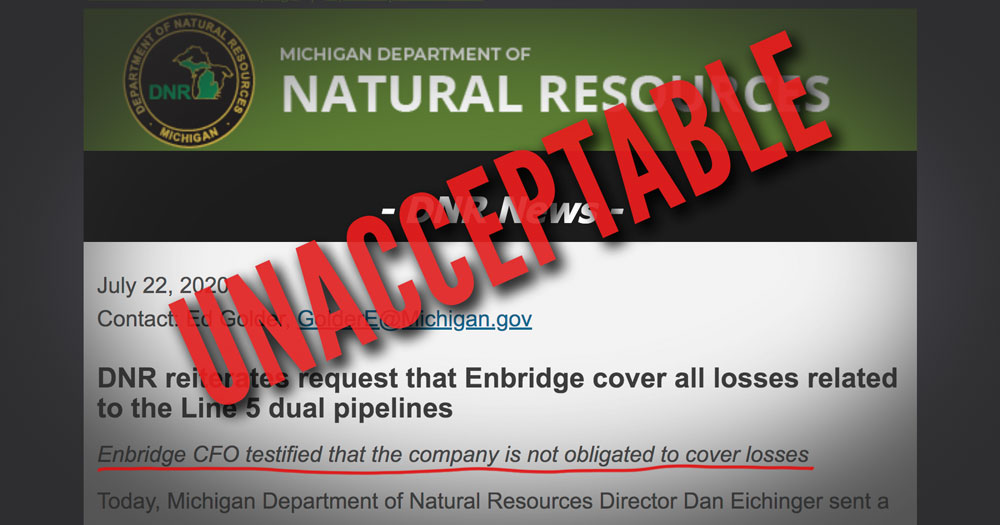 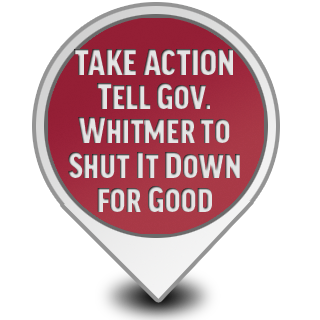 Why is Enbridge refusing the state’s request to protect taxpayers from any Line 5 spill damages? Does Enbridge’s arrogant and deeply troubling response mean that it can find no insurance carrier willing to provide financial coverage for such a high-risk, high consequence, multi-billion-dollar damage loss from a Great Lakes Line 5 oil pipeline failure? Or does Enbridge believe the consequences for failing to do so at the state’s request aren’t worth the effort or expense? In either case, the state and northern Michigan communities are the ones who will be devastated by Enbridge’s failures.

If the governor now fails to begin the legal process of decommissioning Line 5 she will be responsible for the financial consequences of any Line 5 rupture on her watch. Keep in mind it was just weeks ago that multiple, damaging anchor or other strikes on the pipeline were revealed, which prompted Attorney General Dana Nessel to get a court order that temporarily shut down both of the dual pipelines in the Straits of Mackinac.

"If the governor now fails to begin the legal process of decommissioning Line 5 she will be responsible for the financial consequences of any Line 5 rupture on her watch." - Sean McBrearty, Oil & Water Don't Mix

When Enbridge took over the 1953 easement to operate Line 5 they inherited a commitment to hold Michigan harmless from any Line 5 failures. An October 29, 2019, financial analysis concluded that the state could be on the hook for financial damages and recommended the state get solid financial guarantees from Enbridge’s parent company, including liability insurance. With the decision by Enbridge to reject financial guarantees, there is no other option for Gov. Whitmer: She must act immediately to protect Michigan’s taxpayers from a Line 5 failure or throw in the towel and surrender to Enbridge’s lawyers and leave Michigan potentially on the financial hook.