Key citizens groups leading the campaign to protect the Great Lakes from an oil spill reacted to the announcement of a new agreement by the state with Enbridge Energy Partners on its controversial Line 5 oil pipelines by criticizing a key portion of the deal that potentially allows Enbridge to continue operating in the Straits of Mackinac.

ACT TODAY and submit your comment calling for the shutdown of Line 5.

“Nothing short of ending the flow of oil through the Straits will protect the Great Lakes from a catastrophic spill,” said Liz Kirkwood, Executive Director of FLOW. “It’s remarkable given Enbridge’s pattern and practice of lying to the state about Line 5’s condition that the governor is now trusting Enbridge to abide by a new agreement. This puts the future of the Great Lakes in the hands of Enbridge.” 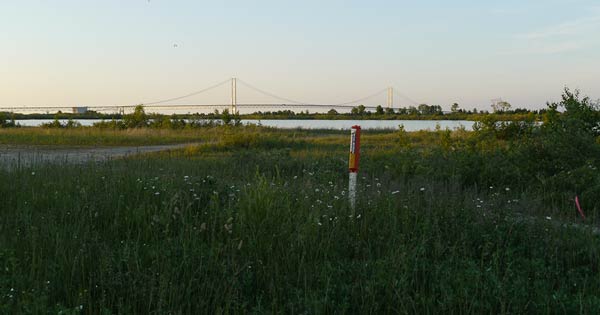 Measures announced today by the governor that would temporarily shut down Line 5 during some severe storm events and implement more safety measures for the pipeline should be interim measures taken until Line 5 is decommissioned by the state, the groups said.

“Putting in more technology to ensure we find out sooner when Line 5 ruptures is not the same as protecting the Great Lakes,” said Anne Woiwode, Conservation Chair for the Sierra Club Michigan Chapter. “These are good steps but they are only band-aids and we are concerned that instead of protecting the Great Lakes they will be seen as permanent solutions. They are not.”

“Governor Snyder appears to have prematurely ignored and violated his own executive order, law, rules and once more ignored his public trust duties toward the Great Lakes, water, public health and safety, and the protection of citizens.” - Jim Olson, President of FLOW (For Love Of Water)

“Moreover, it is imprudent and arbitrary for the Governor to unilaterally sign a deal with Enbridge before the legal processes and evidence including the opinion of experts on all sides have been thoroughly reviewed and completed,” said Jim Olson, an environmental attorney and President of FLOW. “Governor Snyder appears to have prematurely ignored and violated his own executive order, law, rules and once more ignored his public trust duties toward the Great Lakes, water, public health and safety, and the protection of citizens.”

On Nov. 16 the Great Lakes Resource Committee of Chippewa Ottawa Resource Authority (CORA), representing five Michigan Native American tribes, came out in opposition to replacing Line 5 in the Straits with a tunneled pipelines, saying it would not eliminate risks of an oil spill in the Straits area waters within the boundaries of an 1836 treaty protecting their fishing rights. CORA is comprised of representatives of the Bay Mills Indian Community, Grand Traverse Band Of Ottawa and Chippewa Indians, the Little River Band of Ottawa Indians, the Little Traverse Bay Bands of Odawa Indians and the Sault Ste. Marie Tribe of Chippewa Indians.