In an op-ed in the Detroit Free Press today, William G. Milliken, governor of Michigan from 1969 to 1983, voiced his concern for the use of the Great Lakes as a high-risk shortcut for private gain.

"I am profoundly concerned about a threat that could blacken vast portions of the Straits of Mackinac, the heart of our Great Lakes." - Governor William G. Milliken 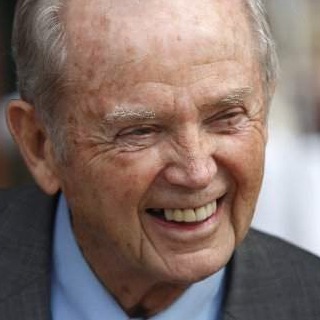 In his view, Line 5 in the Straits of Mackinac would not be approved today because of the risk of serious harm. According to public trust law and as a matter of principal, "the state must never risk the Great Lakes for the benefit of a private interest, especially if alternative existing pipelines or alternative routes could be used."

A recent report by For Love of Water (FLOW) presented a report which makes a case that the state's crude oil needs could be met by existing pipelines that do not run through the Great Lakes.

Read the entire op-ed at the Detroit Free Press