Following a plea for urgent action from one of Gov. Rick Snyder’s top oil pipeline advisors, citizens groups committed to ending the threat of oil spills in the Great Lakes today called on the state’s pipeline safety panel to stop the flow of oil through Enbridge’s Line 5 in the Straits of Mackinac during dangerous icy winter months when oil spill recovery is nearly impossible.

In a letter to Pipeline Safety Advisory Board co-chairs Heidi Grether and Valerie Brader, leading groups with the Oil & Water Don’t Mix campaign urged the panel to endorse four actions by the state ahead of what is expected to be a lengthy study of the controversial Straits pipeline by the pipeline board. Grether is director of the Michigan Department of Environmental Quality. Brader is Executive Director of the Michigan Agency for Energy.

SIgn-on to THE letter

“Wouldn’t it be a great shame to allow the Kalamazoo situation to repeat at the straits by deferring remedial action on just 4 miles of pipeline until after a rupture has occurred?” - Craig Hupp, Pipeline Safety Advisory Boardmember and Environmental Attorney 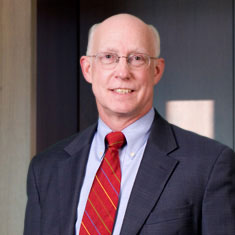 The letter from the nine groups follows a Sept. 1 request by pipeline board member Craig Hupp of Grosse Pointe that the board urgently recommend interim measures on Line 5 to Gov. Snyder at its meeting on Monday in Lansing. Hupp represents the general public on the 14-member board appointed by Snyder in September 2015 to advise him on steps the state should take on Enbridge’s Line 5. A pair of studies that could lead to a recommendation on the future of Line 5 isn’t scheduled to be completed until sometime in mid to late 2017.

Hupp, an environmental attorney, wrote to Grether and Brader that research reports on Line 5 in the Straits submitted to the state “make a strong case that certain requirements of the straits pipeline Easement have been breached in a manner that increases the risk of a pipeline rupture….” Referencing the 2010 Enbridge spill of nearly a million gallons of oil near Marshall, Michigan along the Kalamazoo River, Hupp said, “Wouldn’t it be a great shame to allow the Kalamazoo situation to repeat at the straits by deferring remedial action on just 4 miles of pipeline until after a rupture has occurred?”

Chris Kolb, president of the Michigan Environmental Council, agrees with Hupp that urgent action is needed on Line 5 from the state.

“The state has the power and authority to act now,” said Kolb. “A winter pipeline spill in the Straits—when those pipelines are under several feet of ice—is a risk we cannot take.”

The groups asked the pipeline board to consider recommending to Snyder the following four measures:

“It’s critical that the state use its authority now to conduct a comprehensive review of alternatives and impacts to Line 5 in the Straits,” said Liz Kirkwood, Executive Director of FLOW. “Mere assurances from Enbridge simply are not acceptable, particularly when you are talking about a company that has admitted to violating the anchoring requirements of its legal agreement with the state for the second time in two years.”

“The state has the power and authority to act now. A winter pipeline spill in the Straits—when those pipelines are under several feet of ice—is a risk we cannot take.” - Chris Kolb, president of the Michigan Environmental Council

Oil & Water Don’t Mix’s letter to the pipeline board outlining the group’s detailed request for action was endorsed this week by more than 1,800 people who signed on to letter in less than three days. The strong response is part of increasing pressure from citizens and local elected officials who want Snyder and Attorney General Bill Schuette to act on the threat of Line 5.

SIgn-on to THE letter

The city of Saline on Tuesday joined 67 other communities and tribal governments in voicing their support through resolutions calling on Snyder and Schuette to eliminate the oil spill threat in Straits. More than 5,000 people recently submitted comments to the MDEQ challenging the state to take stronger action.

“People in Michigan clearly understand what’s at stake with these dangerous pipelines in the Straits,” said Lynna Kaucheck, Senior Organizer for Food & Water Watch. “What remains unclear is whether the governor and attorney general and their advisors who are supposed to be watching out for the Great Lakes have the political will to act.”