A proposal on the table to construct a tunnel under the Straits of Mackinac only delays overdue Line 5 shutdown. 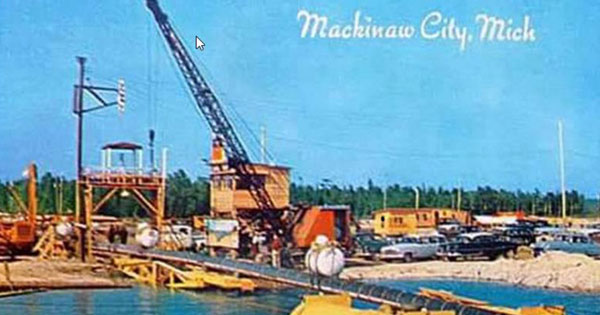 Oil & Water Don’t Mix renewed its call for Gov. Rick Snyder and Attorney General Bill Schuette to shut down Line 5 as soon as possible in light of revelations that the pipelines lack critical enamel coating in several areas. The group also voiced strong opposition to proposals to construct a new tunnel under the Straits, saying proposals to construct such a tunnel are impractical and are intended to do nothing but delay a shutdown of the aging Line 5 pipelines.

“The idea of building a tunnel under the Straits is completely impractical, and nothing more than another tactic to conduct additional, questionable studies that delay a shutdown of the Line 5 pipelines,” said Sean McBrearty, campaign coordinator of Oil & Water Don’t Mix. “The only common sense alternative in light of the dire threat posed to hundreds of miles of Great Lakes coastline by these aging, 64-year-old pipelines is to shut down Line 5, and state leaders have a legal responsibility to do so immediately in order to protect our Great Lakes.”

The State of Michigan’s Alternatives Analysis describes a potential tunnel to replace Line 5, noting that it would result in years of additional studies before any construction could begin, further delaying a Line 5 shutdown.

The analysis report estimated that construction of a tunnel, which Attorney General Schuette has called “viable,” would disrupt Northern Michigan’s economy for 27 months. Construction would likely lead to at least two years of high-impact construction activities, including semi-trucks hauling massive amounts of rock and soil creating traffic congestion, noise and air pollution while straining public services like police and fire.

“As the public learns more about the disrepair and neglect of Line 5, the louder Michiganders are calling to shut it down, and Attorney General Schuette should listen to those calls and end the flow of oil through Line 5 immediately.” - David Holtz, chair of Sierra Club Michigan Chapter

In addition to disrupting the Northern Michigan economy for years, the tunnel would do nothing to protect hundreds of miles of Great Lakes coastline from a catastrophic oil spill.

“Oil has been flowing under the Straits long enough, and study of a tunnel alternative is merely another delay instead of real action,” said David Holtz, chair of Sierra Club Michigan Chapter. “As the public learns more about the disrepair and neglect of Line 5, the louder Michiganders are calling to shut it down, and Attorney General Schuette should listen to those calls and end the flow of oil through Line 5 immediately.”