Liz Kirkwood of FLOW (For Love of Water) shares her take 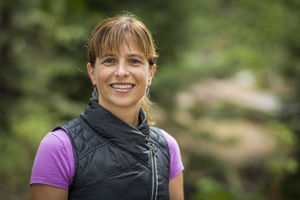 The Great Lakes are no safer from an oil pipeline spill today despite last week’s release of the State of Michigan Pipeline Task Force’s 80-page report and recommendations. Twin 62-year-old pipelines owned by Canadian energy giant Enbridge continue to pump some 23 million gallons of oil every day through the Straits of Mackinac.

In 1953, the Great Lakes became a Canadian oil company’s underwater shortcut to transport Canadian oil back to a refinery in Sarnia. Presumably, the majority of oil still benefits Canada, not Michigan. Little information is known, however, as Enbridge refuses to provide details about any specific economic benefits of this 645-mile pipeline to either the state or the public.

Now, 62 years later with the overwhelming evidence in hand, the Task Force and the public agree that “[r]eleases of oil from the Straits Pipelines could have a devastating ecological and economic impact.”

Read the full article in the Petoskey News Review