A Michigan Court of Appeals decision Thursday means Enbridge faces remaining major legal and regulatory reviews and that any proposed Line 5 oil tunnel in the Great Lakes will not be constructed any time soon if ever. 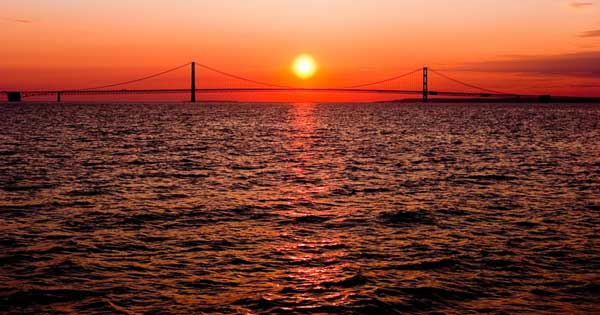 “The only thing Enbridge has more of than challenges to its proposed oil tunnel is a history of oil pipeline spills,” said Sean McBrearty, Oil & Water Don’t Mix coordinator. “The Court of Appeals decision is regrettable but it is hardly full steam ahead for a Great Lakes oil tunnel that Michigan doesn’t want and doesn’t need.”

A state Court of Appeals ruling Thursday upheld Enbridge Energy’s right to apply for federal and state permits for Line 5 tunnel construction in the Straits of Mackinac. Enbridge must still overcome environmental reviews for state and federal permits, a pending court challenge by Michigan Attorney General Dana Nessel and the likelihood that a pending state Department of Natural Resources review will find that Enbridge has violated its 1953 Easement with the state that allows it to operate Line 5 in the Straits. One Line 5 state permit decision on installing anchor screw supports has been on appeal with the Michigan Office of Administrative Hearings and Rules since 2018 over its compliance with the Great Lakes Submerged Lands Act. 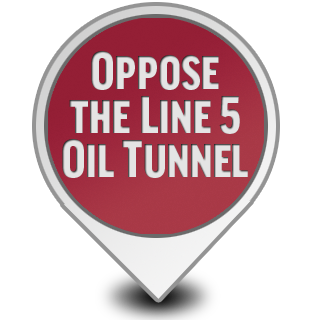 “Protecting the Great Lakes is the highest priority and we expect state regulators will have that as their priority when reviewing the numerous permits Enbridge will be required to obtain before they can begin constructing anything in the Straits of Mackinac,” said Anne Woiwode, Sierra Club Michigan Chapter Chair. “We will be keeping eagle eyes on this process.”

“The big question is whether Line 5 is shut down before or after a major oil spill in the Straits of Mackinac. Obviously we are pushing to prevent a major catastrophe rather than cleaning up afterward.” - Sean McBrearty, Oil & Water Don't Mix coordinator

Come to the Line 5 Day of Action demonstration in Lansing on Monday, January 27, 2020

“When all is said and done Enbridge should not be allowed to continue operating the dangerous dual Line 5 oil pipelines in the Great Lakes,” said McBrearty. “The big question is whether Line 5 is shut down before or after a major oil spill in the Straits of Mackinac. Obviously we are pushing to prevent a major catastrophe rather than cleaning up afterward.”