Safety Board Report Confirms Enbridge at Fault in 2019 Explosion

When a 30-inch pipeline section of an Enbridge natural gas pipeline exploded on Aug. 1, 2019, near Danville, Kentucky, flames could be seen 38 miles away. A 33-foot section of the pipeline was ejected 481 feet from the explosion. One local resident died, and five others were injured. 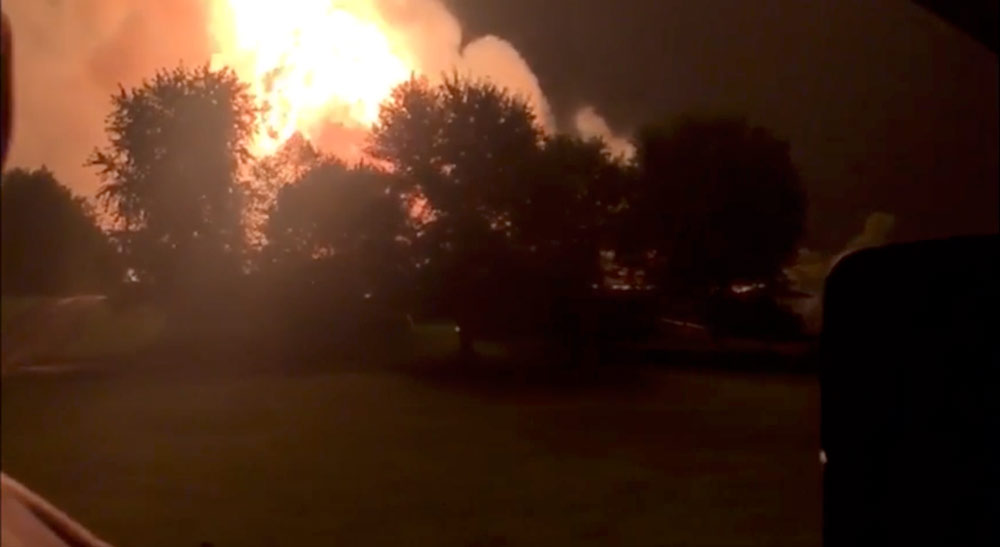 Three years later, the National Transportation Safety Board's report on the accident blames Enbridge's lack of oversight for this tragedy. The board found the Canadian pipeline company underestimated how degraded the pipeline was and said the company did not follow industry standards and procedures in ensuring pipeline safety. 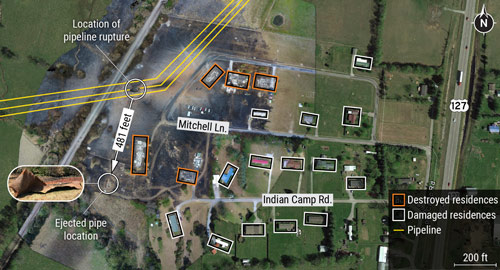 Enbridge's response was, essentially, "oops." A spokesperson said the board's findings were "a stark reminder" of the importance of safely maintaining and operating pipelines.

This most recent NTSB report shows — again — that all pipelines age, and many break or explode. Underground or underwater, pipelines are impossible to maintain and manage to a point of 100 percent safety. Line 5 is no exception; it has spilled 33 times and at least 1.1 million gallons along its length since 1968.

The culture of deviance and disregard for safety at Enbridge has not changed since the 2010 Kalamazoo oil spill. This report makes it clear that politicians embracing Enbridge and its half-baked plan to build an oil tunnel under the Great Lakes are putting our water and economy at tremendous risk for the benefit of a lawless and untrustworthy corporation's profits.

The culture of deviance and disregard for safety at Enbridge has not changed since the 2010 Kalamazoo oil spill.

By the way, Enbridge did not learn its lesson in Kalamazoo. Line 10 ruptured in May 2020 in Kentucky. The NTSB report noted, "The probable cause of the pipeline rupture was Enbridge Inc.'s analysis of an active landslide that did not fully address uncertainties associated with pipeline defects, landslide movement, and corresponding pipeline response."

Another Enbridge Pipeline Explosion on September 13, 2022