Indications are this morning that, following widespread bipartisan opposition from Michigan residents and businesses, the Snyder administration and Enbridge may be working on a new draft of Senate Bill 1197, sponsored by state Sen. Tom Casperson.

If the revised bill is modified to drop the Mackinac Bridge Authority as a shell corporation for Enbridge so the authority can continue its excellent, single-mission oversight of the Mackinac Bridge, this will be a step in the right direction. But if any revised legislation allows Enbridge to use some other existing or newly created public entity to construct and own a Line 5 oil tunnel, and avoids ending the imminent risk of oil pipelines lying on the bottom of the Great Lakes for 10 years or more, it should be dead on arrival in the Senate. 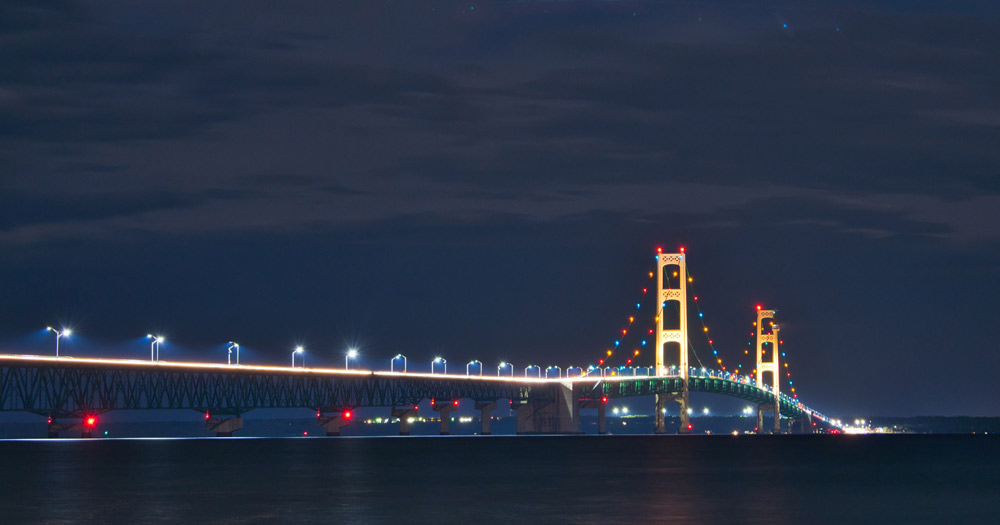 If Enbridge, a multinational corporation, wants an oil tunnel in the Mackinac Straits that primarily benefits its shareholders, it should propose doing it under current state laws and without public subsidies, governmental partnerships or special treatment. We need elected representatives who will take care of Michigan’s citizens, its businesses and the Great Lakes, not a Canadian company that has consistently lied to the state and the public about the condition of Line 5—a company that was negligently responsible for the worst oil pipeline rupture in Michigan history.

The agreements Enbridge has secured from Gov. Snyder for the proposed tunnel that is the subject of Senate Bill 1197 would leave the aging, gouged, damaged and deteriorating Line 5 oil pipelines in the Straits as a threat for 10 years or more. The weak tunnel deal negotiated by Gov. Snyder also caps Enbridge’s financial responsibility for damages at $1.8 billion, far short of the multibillion-dollar potential impact on property owners, businesses, the steel industry, and natural resources from a severe oil spill in the Mackinac Straits. This 99-year deal for Enbridge also fails to account for inflation when calculating Enbridge’s financial responsibility and simply caps financial responsibility.

"If any revised legislation allows Enbridge to use some other existing or newly created public entity to construct and own a Line 5 oil tunnel, and avoids ending the imminent risk of oil pipelines lying on the bottom of the Great Lakes for 10 years or more, it should be dead on arrival in the Senate." - Sean McBrearty, Oil & Water Don't Mix

Any new deal or new entity is going to be rushed and potentially flawed. The complex legal issues involving a foreign corporation using state lands and ceded territory under treaty obligations can’t be done in two weeks.
The Snyder administration has spent more than four years on Line 5’s threat to the Great Lakes, with two panels, dozens of reports, tens of thousands of public comments, and two closed-door, behind-the-scenes deals with Enbridge. Gov. Snyder has failed to produce a solution that works for the people of Michigan. It is time for him and the lame duck Legislature to let the next governor solve the problem—a governor not racing the clock on an expiring term and who will be accountable to voters for the next four years.