By sending this email, I agree to receive occasional
emails from the Oil & Water Don't Mix campaign.
You can always opt out later.

BE HEARD NOW - SEND THIS EMAIL

Like the Standing Rock Sioux Nation in North Dakota, many of us in Michigan are fighting to protect our homeland from oil pipelines that threaten our waters. In North Dakota, it’s the Dakota Access Pipeline (DAPL). Here in Michigan, the threat to our natural resources is Enbridge’s Line 5 in the Straits of Mackinac in the heart of the Great Lakes, which represents 20 percent of the planet’s fresh surface water. 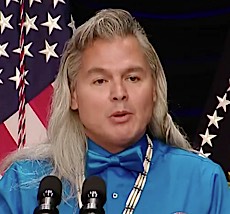 As an active supporter of the Oil & Water Don't Mix campaign, and chairperson of the largest tribe east of the Mississippi - the Sault Ste. Marie Tribe of Chippewa Indians - I have taken a stand against both pipelines. Today I am asking you to join me in standing with our brothers and sisters in North Dakota.

Add your information here and click send. An email will immediately be sent to President Obama and to the Army Corps of Engineers asking them to stop the Dakota Access oil pipeline to protect the water and Standing Rock Sioux’s treaty rights and sacred sites. 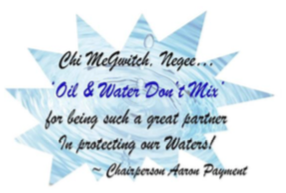