Before any proposed Line 5 oil tunnel in the Straits of Mackinac can be constructed it needs a Clean Water Act permit from the U. S. Army Corps of Engineers. The immediate question facing the Army Corps as it holds its first and only scheduled public hearing today on Enbridge’s tunnel permit application is whether to risk taking the same permitting shortcut that landed the Army Corps in trouble with the controversial Dakota Access pipeline. That Army Corps workaround--bypassing an environmental impact study required under the National Environmental Policy Act (NEPA)--resulted in the Dakota Access pipeline permit being thrown out by a U.S. District Court. So far the Army Corps says it is undecided on what NEPA process it will use in deciding on the Line 5 permit. But the Dakota Access setback must surely be weighing on Army Corps decisionmakers as the Dec. 17 deadline approaches for public comment on the Line 5 tunnel permit application. 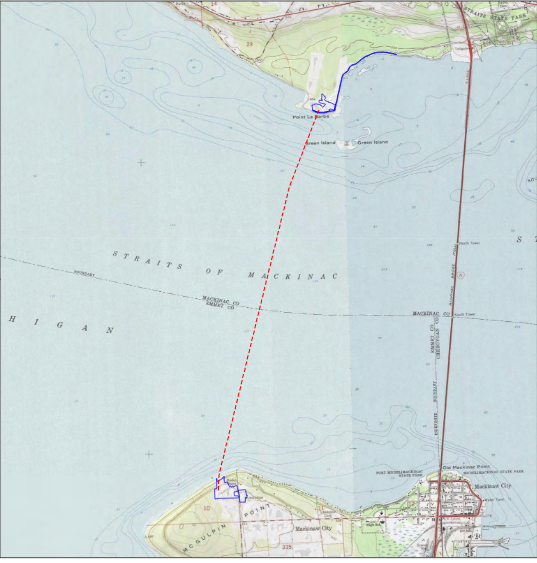 While owner Energy Transfer continues operating Dakota Access, the pipeline’s future is uncertain as it proceeds through a court-ordered Army Corps environmental impact study and faces an incoming Biden administration and potential new Army Corps leadership and priorities. In his order, the Dakota Access judge considered Dakota Access owner Energy Transfer’s poor track record in making his ruling. Enbridge--which has an equity interest in Dakota Access--would seem suspect as well with its long history of pipeline failures, violations, and fines. The most recent coming just last month within the pipeline system that includes Line 5, prompting a Nov. 20 enforcement action from the federal Pipeline Hazardous Materials Safety Administration. E&E News, which first reported the enforcement action, says in a Dec. 4 report that "federal pipeline safety regulators are seeking a $122,000 fine and demanding changes in the way Enbridge Inc. operates its Lakehead pipeline system in the Great Lakes region."

The Army Corps isn’t saying yet where it stands on the Michigan water tunnel project, one with potential impacts on drinking water for several northern Michigan communities, fishing and treaty rights of five Michigan tribes, a potential archaeological site, and a proposal to dump up to 5 million gallons of slurry and wastewater daily into the Straits over a nearly two-year projected construction period. Moreover, independent experts have questioned the safety and engineering of the tunnel proposal, which they say departs from best tunneling practices and could result in damage to the tunnel during construction, threatening the nearby elevated dual existing Line 5 pipelines and potentially endangering tunnel workers. There is also the potential for hazardous chemicals transported via the proposed tunnel to ignite and explode.

Michigan tribes, environmental groups, and the League of Women Voters of Michigan are citing these concerns in requesting that the Army Corps conduct a full environmental impact study before making a decision on the permit. They, along with more than 1,000 others, are asking the Army Corps to reject the permit. Public comments at today’s hearing are expected to include concerns about tunnel impacts, the review process, and will also likely attract friends of Enbridge who want jobs constructing a tunnel, although at least one study says there are actually more jobs for workers deconstructing the existing Line 5 dual pipelines.

Anyone wishing to submit comments to the Army Corps should do so by the Dec. 17 deadline for public comment on Enbridge’s permit application. You can send your comment to the Army Corps via email to [email protected] or through the Oil & Water Don’t Mix website.

It didn’t take Enbridge long after suing Michigan in federal court on Nov. 24 to start dragging its legal feet in hopes of delaying and ultimately avoiding having to shut down Line 5 in the Straits of Mackinac. The Canadian company asked U.S. District Judge Janet T. Neff on Dec. 4 for a 30-day delay to avoid having to meet a Dec.15 deadline in Neff’s court to argue why she should stop an Ingham Circuit judge from hearing Gov. Gretchen Whitmer’s lawsuit that asks for a legal ruling on her decision to revoke Enbridge’s operational agreement for Line 5. Delay is Enbridge’s friend, but every day Line 5 is operating in the Straits is a dangerous day for Michigan. That point was brought home once again as 18 ships dropped anchor in the Detroit River earlier this month to avoid running aground or colliding with other vessels. Anchor strikes have plagued the elevated Line 5 in the Straits. Damage from vessel anchors has been cited as is the most likely way a Line 5 rupture would occur to the 67-year-old pipeline that Enbridge wants to keep operating indefinitely and the governor wants to be shut down by May. 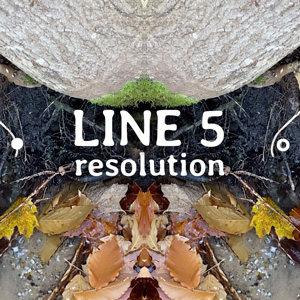 Michigan musicians Seth Bernard and Mike Savina are Ecotone and their latest music--featuring the new digital album, Line 5 Resolution--will be spotlighted this Saturday, Dec. 12 when they join Oil & Water Don’t Mix Live! for an online community social event. RSVP to OWDM to receive a Zoom link to the event, which will include updates on Gov. Whitmer’s decision to revoke the state’s 1953 easement agreement with Enbridge to operate Line 5 in the Straits. There’s a rumor that Santa Claus may announce on OWDM Live! that he has a special gift for Enbridge this holiday season!

For comments, corrections, suggestions contact David Holtz at [email protected] The opinions expressed here are mine and mine alone unless I have appropriated them from others, in which case they are now mine too.--DH