Water is Life! Standing Rock to Straits of Mackinac 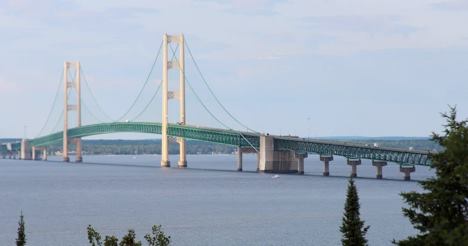 The struggle of the Water Protectors at Standing Rock, and what it means locally, will be the topic of a brown bag lunch discussion. This is part of a week of events on the Petoskey campus celebrating Earth Day.

The panel will be comprised of area activists who joined the “Water Protectors” at the Standing Rock Sioux Tribe Reservation in North Dakota.

The tribe opposed the 1,172-mile Dakota Access Pipeline (DAPL) due to concerns over water contamination, environmental destruction and damage to ancestral sites. Their almost year-long encampment drew the support of indigenous people from hundreds of other tribes, as well as environmental, human rights and social justice activists from around the world. A partner in the DAPL project, Enbridge, Inc., operates Line 5, an aging underwater pipeline carrying oil and gas across the Mackinac Straits.

Boal and Kozma traveled to Standing Rock in November, when they spent a week helping in the Legal Tent. Mays went in early November to join approximately 500 clergy from many traditions, from around the world, standing in solidarity with the tribe. Boal returned with Brede in December, this time working in one of the camp’s kitchens, while Brede helped with camp construction.

The discussion will be moderated by Fred Harrington of Petoskey, North Central instructor, U.S. Navy veteran, and members of the Little Traverse Bay Bands of Odawa Indians.

This is a Brown Bag Panel Discussion. All events are free and open to the public, but reservations are required - call or email to reserve a spot