Today it was reported that Gov. Whitmer has been discussing the future of Line 5 with Enbridge, including the possibility of an oil tunnel in the Straits of Mackinac. Protection of the Great Lakes is not negotiable. 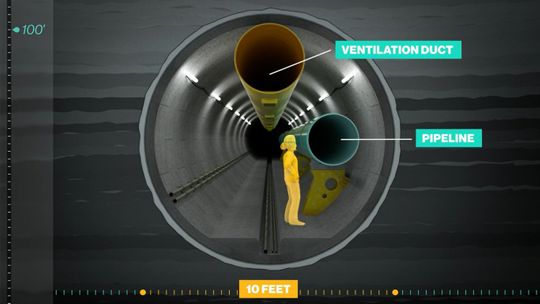 The governor also certainly understands that Enbridge’s track record with the state includes the historic pipeline rupture in Marshall, MI in 2010 due to Enbridge’s negligence and Enbridge’s pattern and practice of hiding serious problems with Line 5 in the Mackinac Straits, including dozens of missing anchor supports, missing protective coatings and delays in disclosing a potentially catastrophic anchor strike just over a year ago.

A tunnel to carry Enbridge’s Canadian oil is not a solution that is good for Michigan and Enbridge cannot be trusted to honor its agreements or the law. A tunnel would prolong the risk of an oil spill along 400 inland waters and Lake Michigan shoreline along which Line 5 runs in Michigan. Moreover, to avoid the worst impacts of climate change, we must rapidly move off of fossil fuels. Allowing Enbridge to build a tunnel and extend the life of Line 5 is the very opposite of what our state should be doing in dealing with climate change.

There are alternatives to Line 5 that do not require building a new oil pipeline. Independent studies, including those commissioned by the state, have confirmed there are viable options that would better protect Michigan’s waters and climate while addressing the home energy needs in the Upper Peninsula. This is what we are counting on Governor Whitmer to be pursuing and we look forward to working with her administration as it moves toward decommissioning Line 5.