LANSING, MI--Citizens' groups today warned that a request Wednesday by a mediator to delay proceedings in a federal suit involving Enbridge's Line 5 is putting the Great Lakes and Michigan's economic future at greater risk of a catastrophic oil pipeline rupture.

"Each and every day oil flows through Line 5 in the Straits of Mackinac is another day we risk an incredible environmental and economic disaster for the entire state," said David Holtz, Oil & Water Don't Mix spokesperson. "At substantially more than $1 million a day in profits from Line 5, delay is Enbridge's friend. Michigan takes all the risk every day this ticking time bomb is allowed to operate in the Great Lakes." 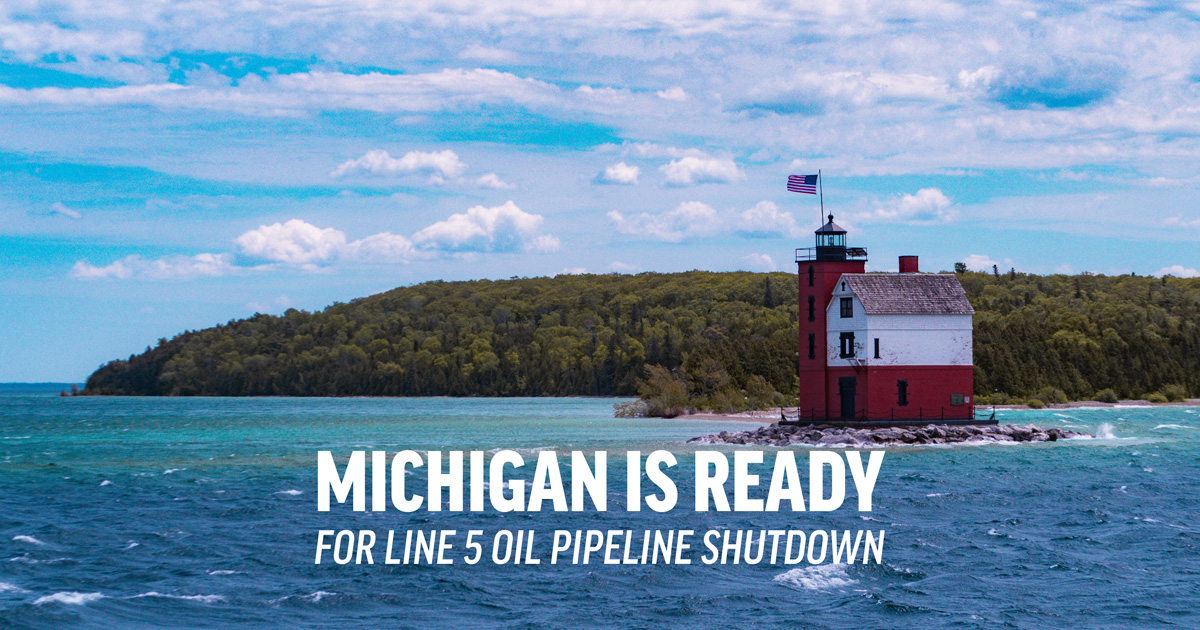 Mediator Gerald Rosen--appointed 154 days ago by U.S. District Judge Janet Neff--said Wednesday in a court document that he wants Enbridge and the State of Michigan to continue talks through September after failing to meet as scheduled in August.

When she ordered mediation--a routine practice in federal civil cases--Neff said in her March 19 order that mediation would not delay court proceedings. Rosen has not offered any evidence in court filings on what, if any, progress has been made since negotiations began April 16. As mediator, Rosen is paid at a rate of $900 an hour plus a 12 percent management fee, with Enbridge and Michigan taxpayers sharing the costs equally.

"We are in the 10th month since the Governor said Line 5 poses an imminent threat of disaster, and we still don't know which court has jurisdiction. It makes no sense." -Leonard Page

Retired attorney Leonard Page is the former associate general counsel for the United Auto Workers union and general counsel for the National Labor Relations Board. He has been involved in many similar federal removal decision cases where a court must decide whether a lawsuit belongs in state or federal court. He said the Enbridge case is extraordinary in terms of the length of time it is taking for a decision.

"We are in the 10th month since the Governor said Line 5 poses an imminent threat of disaster, and we still don't know which court has jurisdiction," said Page, who currently serves as vice chair of the Mackinac Straits Alliance. "It makes no sense."

Last November--warning of an imminent threat from a Line 5 rupture in the Straits of Mackinac--Gov. Whitmer gave Enbridge 180 days to shut down the damaged, dangerous, and old pipeline, and filed a lawsuit in Ingham County Circuit Court. Enbridge then sued Michigan in federal court.

The State of Michigan wants Judge Neff to dismiss Enbridge's federal suit so a state court is free to order Line 5's decommissioning.