Court documents filed by Enbridge in preparation for a judicial hearing tomorrow reveal they still cannot prove the cause of damage that led to a judge temporarily shutting down the twin pipelines in the Straits of Mackinac last week.

Enbridge claims that their investigation so far, however, points to a cable striking one pipeline and raises the possibility that a boat anchor struck a support for the east pipeline in the Straits, although Enbridge admits they cannot reach a firm conclusion on the source of the damage. Enbridge, in court documents, says the pipeline is safe and wants Ingham County Circuit Judge James Jamo to lift his order tomorrow shutting down Line 5 and says it violates federal pipeline safety law.

“What Enbridge is basically telling the judge is trust us and even if you don’t trust us you don’t have the authority to stop us from continuing to pump 23 million gallons of oil a day through the Straits,” said Sean McBrearty, Oil & Water Don’t Mix campaign coordinator. “Coming just a week after being forced to pay $6.7 million in fines for violating pipeline safety, Enbridge’s arrogance is only exceeded by its gross misreading of the premier right and responsibility of Michigan’s state government to protect the Great Lakes.” 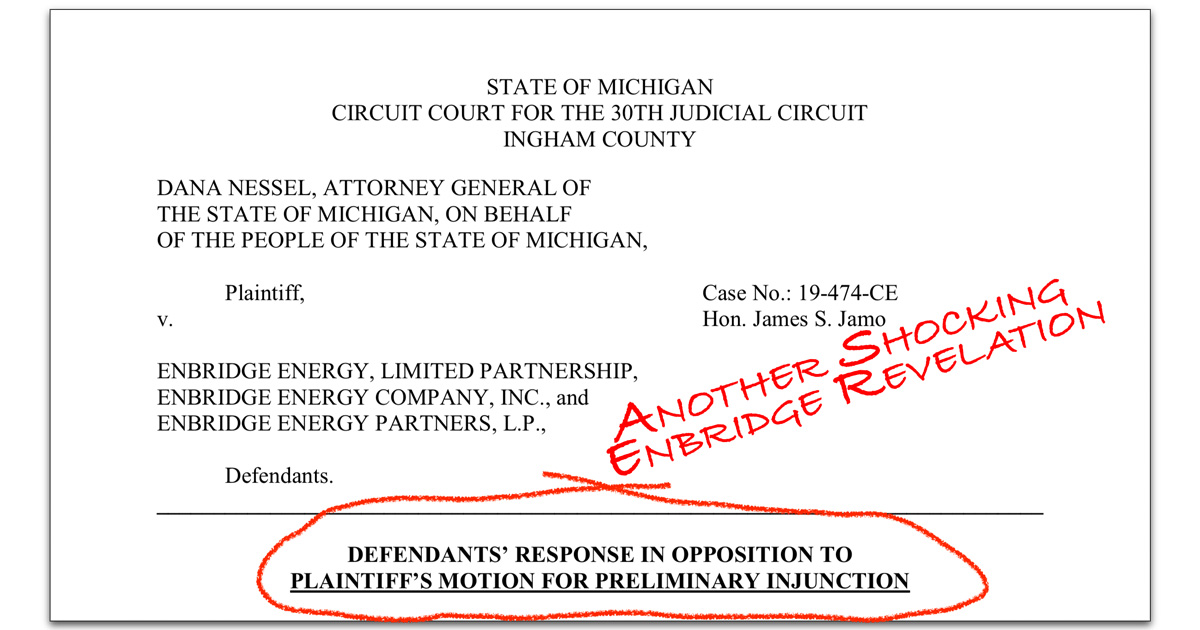 A hearing is scheduled for tomorrow at 1:30pm on Attorney General Dana Nessel’s request for a preliminary injunction to keep Line 5 shut down. While Enbridge is claiming its assessment of Line 5 damage comes from underwater inspections by remote vehicles and divers, neither the state nor the federal government agency responsible for pipeline safety have undertaken to independently confirm Enbridge’s claims with their own inspections.

"Coming just a week after being forced to pay $6.7 million in fines for violating pipeline safety, Enbridge’s arrogance is only exceeded by its gross misreading of the premier right and responsibility of Michigan’s state government to protect the Great Lakes.” - Sean McBrearty, Coordinator, Oil & Water Don't Mix campaign

If an anchor were involved in the June Line 5 damage it would be at least the second time an anchor has struck Line 5. An April 2018 anchor strike prompted new signage and rules aimed at preventing another anchor strike from damaging Line 5. In court documents, Enbridge promises to implement additional measures, including placing a boat in the Straits to monitor navigation. But they admit Enbridge has no authority over navigation. 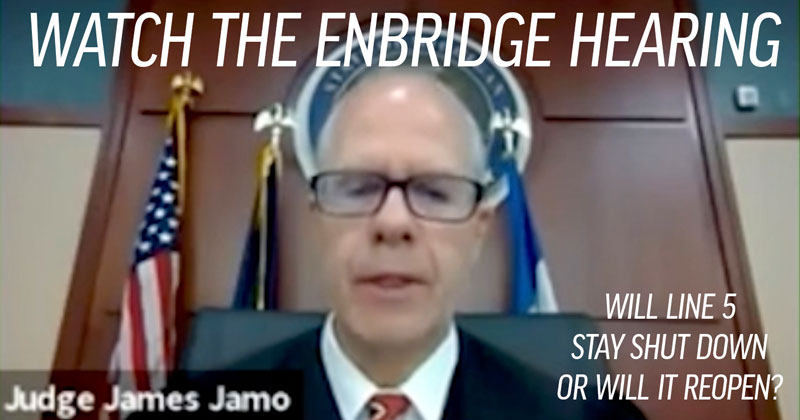 In addition to its court filings, Enbridge has mounted a public relations offensive aimed at creating economic fear surrounding a Line 5 shutdown and warning that Upper Peninsula residents would be without home heating from propane this winter. But an independent study in 2018 by London Economics International rejected those claims and another study documented that a Line 5 rupture could cost the state, taxpayers, businesses, and property owners up to $6 billion in losses and damages.

Enbridge, meanwhile, has a long track record of fines, failures, and negligence: