Enbridge and other agencies held an oil spill drill this past September 24. They are working very hard to focus the public discussion around cleanup, not prevention, of an oil spill in the Straits of Mackinac. Here is a roundup of the coverage in the news media.

..if the weather is good...  And Enbridge plans another winter exercise at the Straits early next year, company spokesman Michael Barnes said.

A very interesting and detailed article including these highlights:

• Enbridge says Line 5 is past its life expectancy
• Ice carving – During a winter response to a spill under thick ice, long slots would be cut out of the ice and booms would be placed in the water to block the oil.
• Still “not comfortable”? – Coast Guard Commander Teschendorf said he considered the exercise a success. He declined to comment on whether the drill made him more comfortable with the Coast Guard’s ability to respond to a spill in the Straits.
• 30% earns a passing grade – During a spill, recovering 30% of spilled oil is considered a good response. =
• Perhaps by Thanksgiving – In about two months, Enbridge will issue a summary of lessons learned and drill details, company spokesman Michael Barnes said.
• Show boats – The 18 boats and equipment deployed last week was more than would be seen during a real spill
• Miscommunication – Greg Carter, manager of emergency preparedness for Enbridge, alluded to the need for better integration of the command center and the operations and logistics unit in charge of deployments
• Blown away – Workers struggled against strong currents and wind that morning. 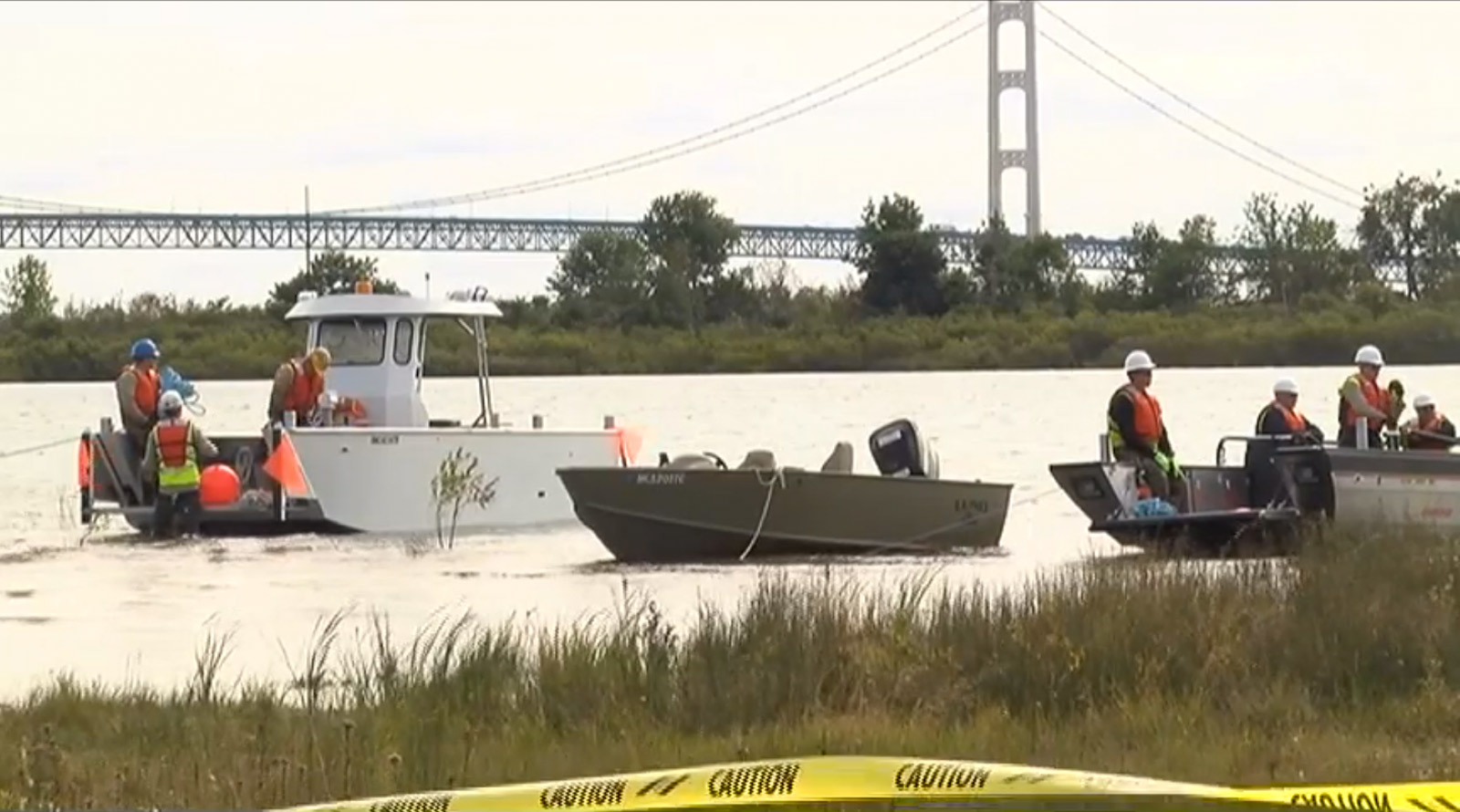 Thank you to Phil Parr of Lake Charlevoix Brewing Company for his great comments at Thursday’s press conference.

Mackinac oil won't mix with water - the lifeblood of craft-brew business. Here’s an opinion piece from his partner Rich Bergmann.

Enbridge pumping oil in a 60 year old pipeline under the Straits of Mackinac - What could go wrong?

They covered the press conference held by Food & Water Watch, The Sault Tribe of Chippewa and Ottawa Indians, and Oil & Water Don't Mix.

Note the quotes Enbridge’s cleanup contractor as if he’s a member of the public, rather than on the payroll.