LANSING, Mich. – The state of Michigan today said it is extending the public comment period on two draft requests for information and proposals (RFIs) that will be issued for prospective contractors who are interested in performing an independent risk analysis and an independent alternatives analysis related to the pipelines in the Straits of Mackinac known as Enbridge Line 5.

Comments on the draft documents are now due by February 16.

The Oil & Water Don't Mix campaign urged the State to extend the comment period to allow the public to take an active role in the protection of the Great Lakes. 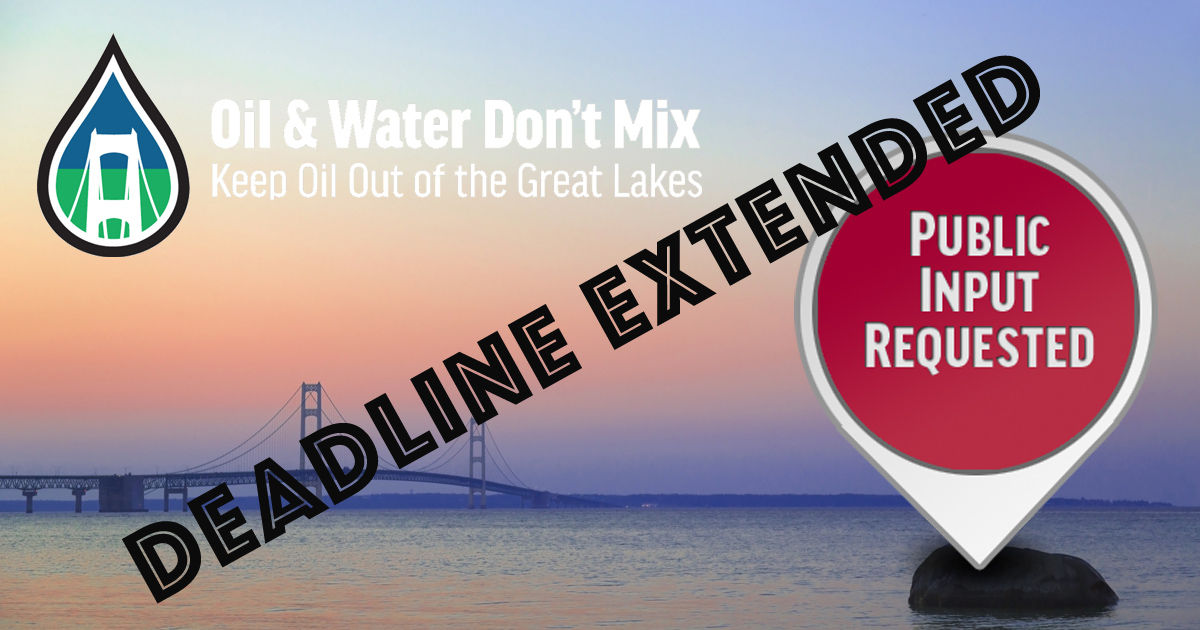 The draft RFIs are located on the michigan.gov/pipelinesafetyboard website. Instructions for submitting comments are also located there.

The analyses were recommended by the Michigan Petroleum Pipeline Task Force in July 2015. Implementing the recommendations of the task force continues as the Michigan Pipeline Safety Advisory Board works toward ensuring the safety, upkeep and transparency of issues related to Michigan’s network of pipelines.